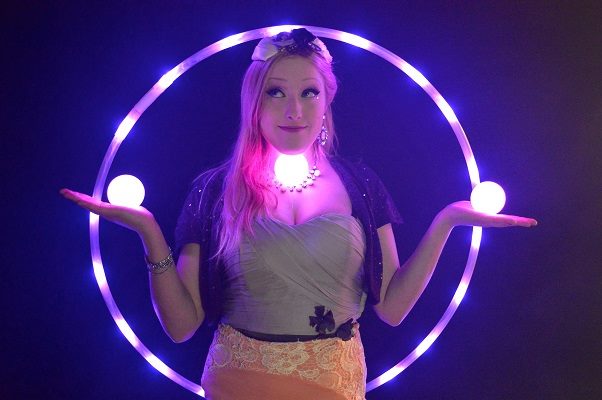 A headliner at Canada’s Wonderland as well as performing for Justin Bieber’s Dad on his birthday, she can sing, she can juggle, she’s hilarious… she’s a on-of-a kind gal bringing you some Magic for the Holidays or any time of year!

She sings, she dances, she sets the world on fire. Classy or Sassy, she can bring it all to your next event.

Text Us!
Email Us!